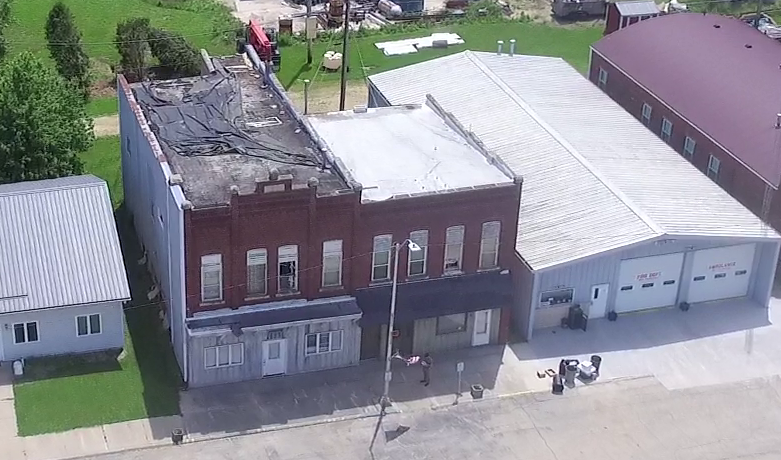 The property located at 211 & 213 E Broadway St is adjacent to the City municipal building located at 209 E Broadway St and north of the Union Pacific Railroad Tracks in the center of Stanwood. The property consists of two parcels totaling 0.12 acres. The property originally was developed around 1900. By 1915 there was confectionary (candy store) on one parcel and the city hall/fire department on the other parcel. The site was then utilized for commercial purposes from 1936 to 2016. From 2016 to April 2020 a portion of the property was utilized as an insurance office and the remainder was apartments.

The site has been vacant since 2020 and the buildings contain significant water and structural damage. The exterior wall on the south side of the building located at 213 E Broadway St has partially collapsed and poses a danger to the public. The City of Stanwood acquired the properties via tax sale in April 2020.

In January 2021, the city applied to East Central Intergovernmental Association (ECIA) for Brownfields assistance for site assessment and planning regarding the property at 211 & 213 E Broadway St. ECIA had received a Brownfields Assessment grant in 2020 from the United States Environmental Protection Agency. ECIA’s grant funds 100% covered the cost for Terracon Consultants, Inc. to complete a Phase I, Phase II and an Asbestos Inspection on the property in 2021 and 2022.

Environmental assessment findings indicate the site is currently contaminated with asbestos containing material which make it unsuitable for redevelopment without remediation. Originally the City planned to abate the asbestos, deconstruct the two buildings and salvage/recycle as much material as possible however the buildings have been deemed structurally unsafe to enter due to ongoing decay/water intrusion. Therefore the buildings will be fully demolished through RACM demolition and all building materials will be disposed of properly.

The Brownfields grant funds were also used to have YTT Designs and ECIA create a site revisioning plan. In December 2021, Stanwood and residents who live in surrounding communities attended a public meeting to provide feedback on possible expansion of the City’s municipal building facilities. Results of the community engagement are included in the site revisioning plan. ECIA and YTT Designs will present the Site Revisioning Plan along with a draft Analysis of Brownfields Cleanup Alternatives and Clean-up plan to the public on March 21, 2022 at 5:30pm at the Stanwood park shelter located at 105 N Maple St. The public is encouraged to attend and provide comments. For those unable to attend comments may be sent to stanwood@netins.net.

EFFECTIVE: March 16, 2022: The Regulated Asbestos-Containing Material Demolition Cleanup Plan along with the Analysis of Brownfields Cleanup Alternatives Draft reports are now available for the public to view and comment on. If you have any questions and/or comments on either of these reports please send to ddanielson@ecia.org. Comment period will end at 12:00 p.m. on April 17, 2022. 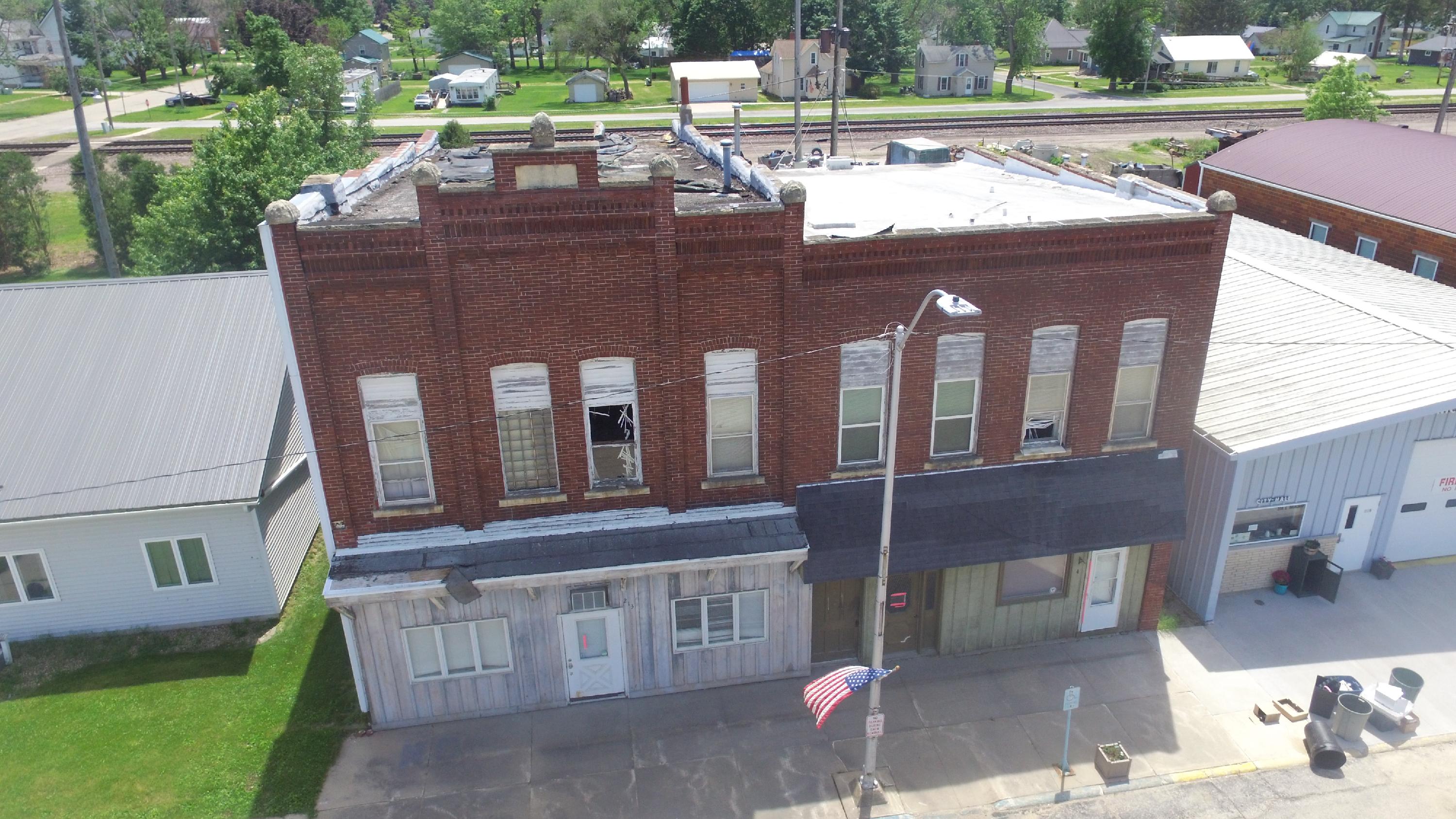